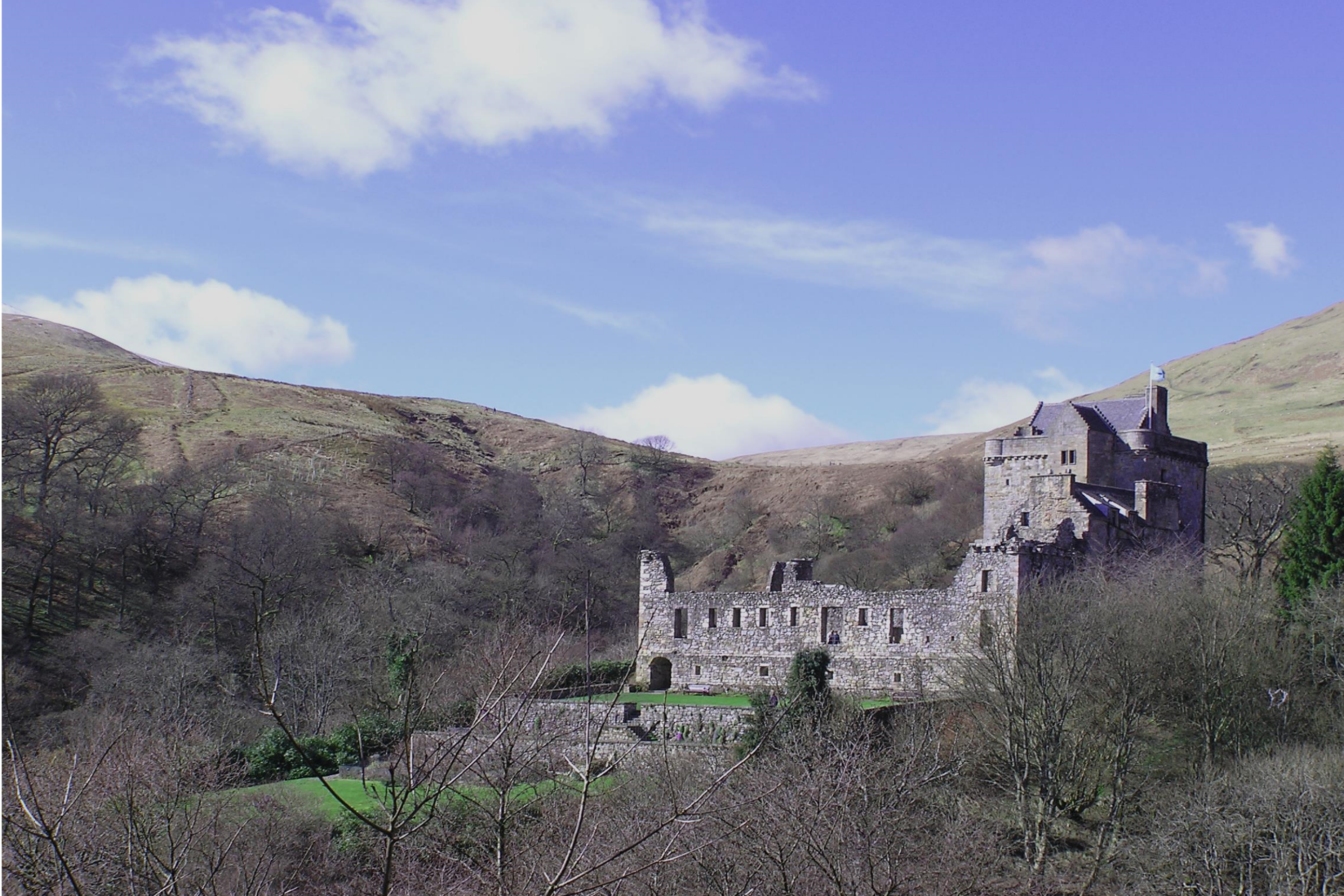 Castle Campbell is located at the head of Dollar Glen, immediately to the north of Dollar. 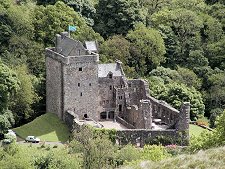 The castle was originally known as Castle Gloom, meaning a chasm, possibly referring to the narrow gorges to either side of the site. In 1465 the property was acquired by Colin Campbell, 1st Earl of Argyll, on his marriage to Isabel, Lord Lorn’s daughter. The first historical record of the castle dates from the following year. At this time, the castle would have comprised the tower house, with other buildings arranged around the courtyard, and gardens outside. It is thought the east range was added first and some time after the accession of the 2nd Earl in 1493 the large south range was begun. This building shows the influence of the works at Stirling Castle, now known as the King’s Old Building. It included a hall, outer chamber and bedchamber, with large south-facing windows overlooking the gardens with views across Devon Valley.

In July 1654, Royalist rebels attacked and burned Castle Campbell over two nights. The 9th Earl, built Argyll’s Lodging in Stirling rather than renovate Castle Campbell. Apart from being briefly garrisoned during the Jacobite Rising of 1715 the castle was abandoned, and in 1805 the 6th Duke of Argyll sold it to Crawford Tait of Harviestoun, an adjacent estate. In 1859 Harviestoun, and Castle Campbell, were bought by businessman and former Lord Provost of Glasgow Sir Andrew Orr. His son James Orr had excavations carried out at the castle in the 1870s, turning up fragments of stained glass from the windows of the south range. In 1948 the then owners of the Harviestoun estate gave Dollar

Glen to the National Trust for Scotland, who arranged for the castle to be cared for by the Ministry of Works. Restoration works have included a new roof on the tower, and excavations in the 1980s which revealed charred timbers from the 1654 burning. It is likely that the gardens of Castle Campbell were formally laid out and maintained for the exclusive use of the lord, his family and guests. At the south-west corner of the terracing a rocky knoll is referred locally as John Knox’s Pulpit. To the west of the castle there would have been a kitchen garden. The castle and gardens are now managed by Historic Scotland.

Please check your feed, the data was entered incorrectly.

Recent Posts on The Link